Andy (Sponseller) and I met while working together at Galyans in Dublin, Ohio in 2001. Andy was born and raised in Rochester, NY and was a city kid. I was raised on the farm but had lived in Columbus where I attended Ohio State and lived and worked after college. We were married in 2003 and lived for 8 years in Clintonville, one of  Columbus’s “suburbs”. During that time, the desire for locally raised food was growing and farmer’s markets started popping up everywhere. In what I now view as a silver lining to the cloud of my parents’ deaths in 2007 and 2010, I inherited my family’s 100 acre farm. We made the choice to move back home and join the production side of the local food movement.

We began in spring of 2010 by renovating the farmhouse (still a work in progress) and turning some of the land back into pasture from the row crops that had dominated in the past 30 years. We also purchased our first package of bees and installed our hives. Andy was inspired by the writing of Joel Salatin and we model much of what we do after his amazing Polyface Farm.

Since then, we’ve settled into the farmhouse, and introduced sheep, chickens, rabbits, pigs and cattle onto the farm, the most diverse it has ever been. We strive to ensure that the animals enjoying their lives and allowed to do what they should…our sheep eat grass, our pigs play in the mud and our chickens eat as many bugs as they can. I’m proud to carry on the traditions of my parents, but we’re both especially proud to honor our grandparents. On Andy’s side, the Springer Family has a century farm in New Washington, Ohio, that at one time was a large dairy. On my side, the Wright family moved to the farm in 1946 after owning a grocery in Columbus, Ohio. My grandmother kept bees and delivered eggs and local produce to her grocery customers well through the 1980s. I guess she was one of the early leaders of bring the farm to the city.

The future of our farm lies in our children. We have four blessings that love living on the farm. “Lucy”, our oldest, was born in 2005 and is definitely the boss of the barnyard. She is in 4H and enjoys showing animals at our county fair. “Linus”, our son born in 2007, still carries his blanket and is our animal lover. “Sally” was born in 2009 and is a friend to everyone. “Schroeder” is our surprise baby, born in 2014, and is our biggest helper on the farm. They keep us busy and we love that they are living this life. 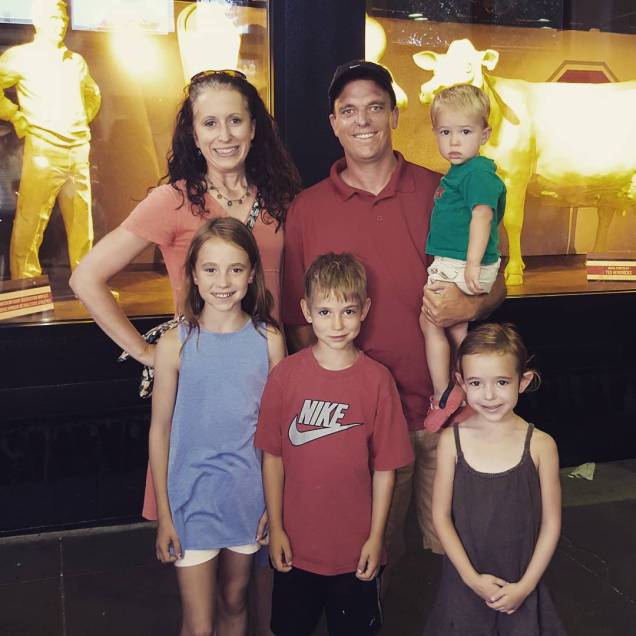